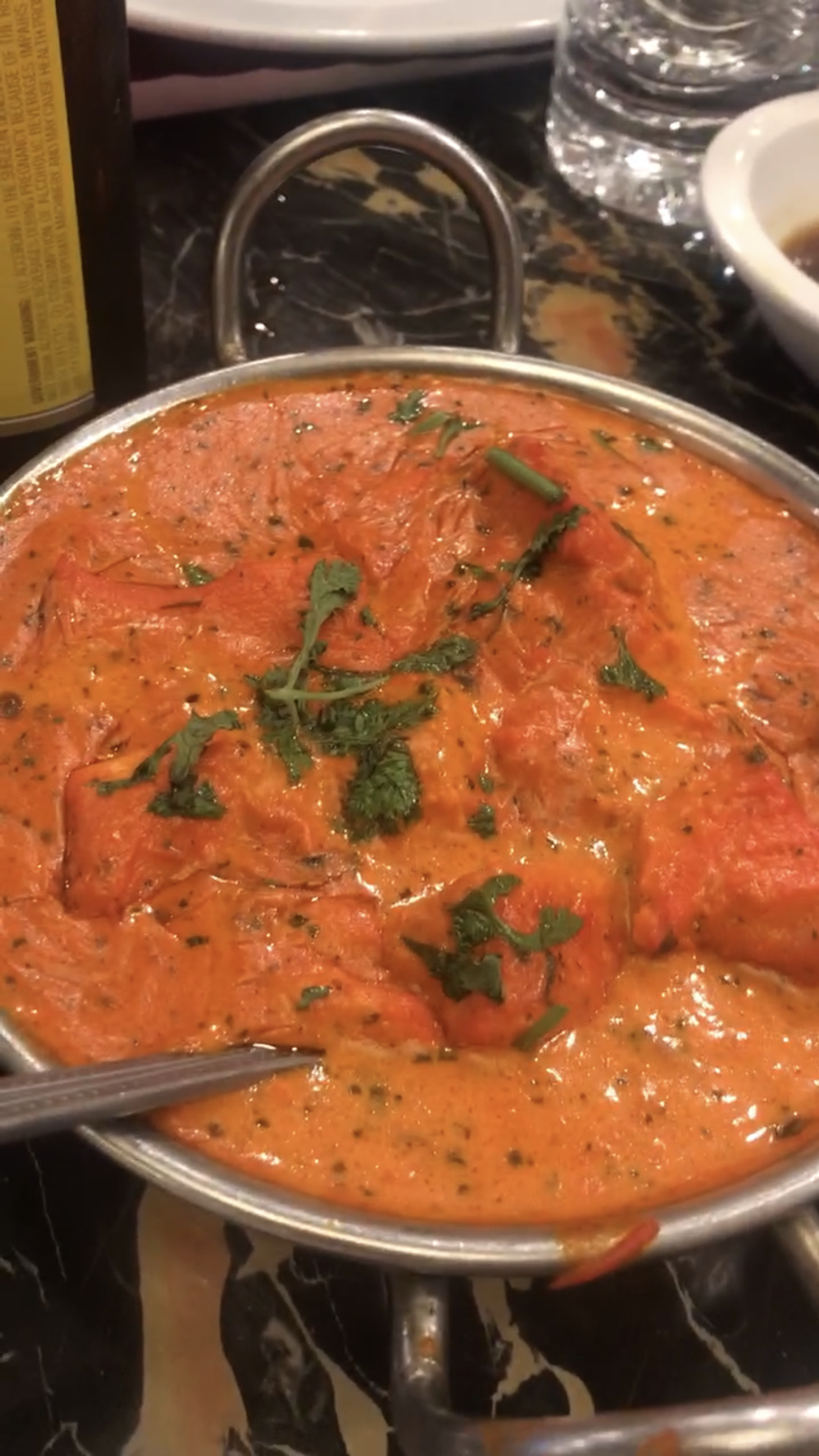 In the last two years or so I have gotten a lot more into Indian food. So much so that i’ve had Indian food in probably 25 different places across 10 states. For me it always becomes a taste vs. value situation and in some cases, Indian food can be quite expensive and will only be as good as the last place (which was potentially cheaper). Here at Clove Fine Indian Cuisine in Easton, Pennsylvania this wasn’t the case. The prices were solid and so was the food. BYOB for anyone wondering, but there is beer sold in the gas station right next door.

All the Classics at Clove

We started with some Keema Naan which was very good. The lamb was seasoned well and had a nice consistency. Sometimes at other places the lamb will be so ground that it is like eating a paste, this was ground but still had some body to it. The Naan itself was also cooked nicely and had great body to it. I’d order this here again for sure, this is something I’d drive some distances to enjoy again.

The Chicken Tikka Masala to be perfectly honest is fairly standard compared to a lot of places we have been. The sauce had a very mild heat and a nice creaminess to it and the chunks of chicken were tender and tasty. If I was only getting this dish alone, I could order much closer to home (like from Spice Route) and get something nearly identical so coming out here from a distance is not really necessary if you’re only going to order tikka masala.

The Lamb Biryani was very solid, but didn’t have the depth of flavor that a lot of biryani’s I’ve had before. I enjoyed it and I would get it again, but I have had better biryani’s throughout the country. Also, the addition of peas was new to me. I didn’t love or hate that, it was just different. All in all, I would definitely have this again, but it’s another item I would not drive great lengths for.

The Seafood Vindaloo was a miss for me. If we had just gotten shrimp vindaloo I believe I would have really enjoyed it but some of the other seafood just made it a bit mushy and kind of lackluster. The sauce was very good and had nice spice though, so next time I’d get just the Shrimp and I’m willing to bet it would be a really nice plate. This vindaloo sauce was a really nice quality though, I love the spiciness.

I know this sounded like it could be a lot of negative stuff, but honestly it wasn’t at all. I am a bit extra honest on Indian because I have had so much incredible Indian food and at the cost for it, I always hope each experience outdoes the last. Make no mistake about it, I would totally eat here again. Til we meet again delicious Keema Naan, Clove Fine Indian Cuisine in Easton, Pennsylvania – Didn’t Suck!