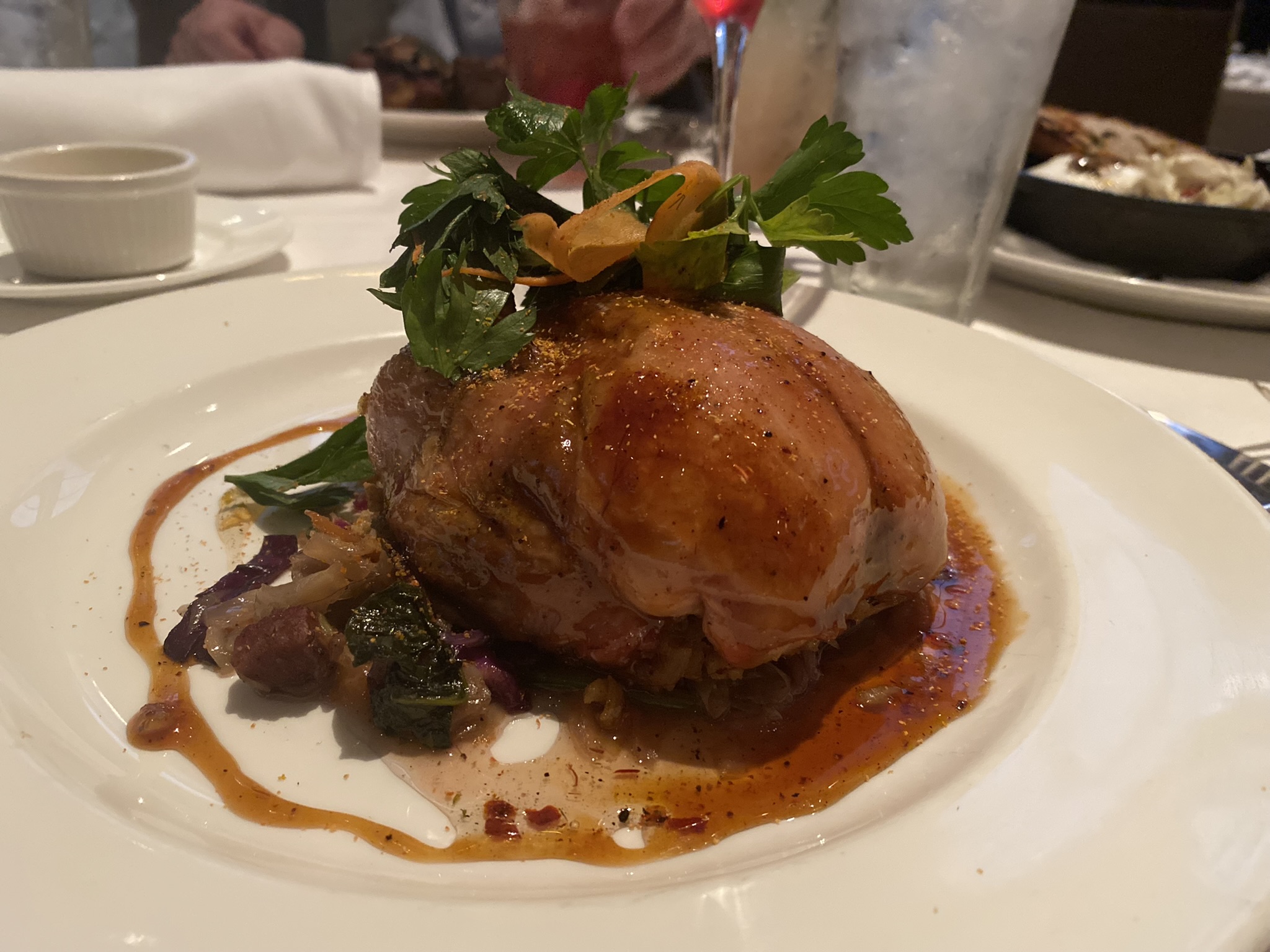 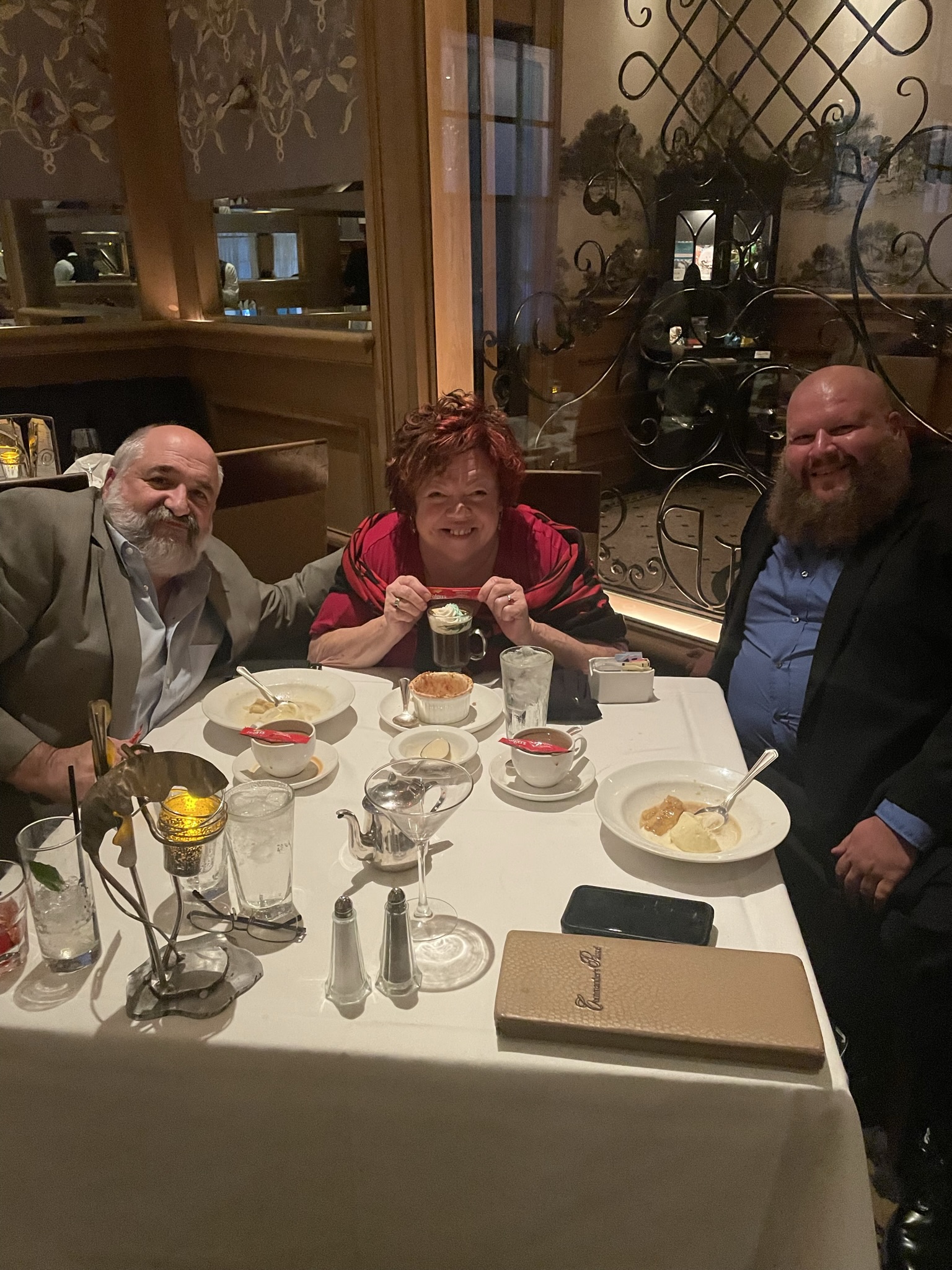 “When I am done with this meal you can have my life, it is Heaven”

Dining in the company of greatness

I’ve often fantasized of the day that I’d be able to come down to New Orleans and enjoy a meal from the restaurant that really put guys like Paul Prudhomme and Emeril Lagasse on the map. On this day, that turned into a reality as I sat with Chas (and his bride to be) to dine at Commander’s Palace with Chef Meg Bickford at the helm in the kitchen.

After browsing over the menu I saw that there was a section listed as a “Coolinary 2022” menu and there I found the entrée that enticed me the most. The Coolinary menu is a Prix Fixe menu so I was able to choose an appetizer and dessert as well. Of course I would have loved a nice Filet Mignon or any of the fresh fish offerings, but this one just jumped out at me and screamed (or chirped) “Eat Me”. More on the entrée selection in a bit, let’s talk about the time spent getting there.

To start for my beverage I decided to go with a classic New Orleans offering that I had yet to order out at any of the restaurants I had attended – a Sazerac. Similar to an Old Fashioned (which I love, and ordered later), a Sazerac is made with Rye Whiskey and uses a local variety of bitters as well as Herbsaint which is anise flavored and used to replace absinthe in recipes. I enjoyed this drink very much. An Old Fashioned brings a bit more sweetness from the Bourbon but this was a very nice compliment and close relative. I’d order this again for sure. I nearly did, until I saw they carried Buffalo Trace and I grabbed a “Buffalo Trace Old Fashioned”.

For an appetizer I decided to go with the Creole Gumbo. Being at one of the most famed restaurants in the area that created Gumbo, I felt like it would be insane if I didn’t try this while I was here. I’m so very happy I did. There was a rich depth of flavor here with a lot of different things going on in each bite. It was created with a dark roux that really made the flavor more bold, and it tasted as if they toasted the thyme in the dish prior to building the flavors. It was different than I was used to, but excellent. I’m not sure I would say this is the best I have had in New Orleans (link at the bottom to the one I do believe is best), but it was definitely in the conversation.

Now the entrée arrives and it is beautiful and smells incredible. I ordered the Café Pierre Lacquered Texas Quail. This came mostly deboned and stuffed with boudin and an apple and bacon slaw then topped with a Grand Marnier and cognac glaze. I struggle to express how well these flavors all played off each other, and that is saying a lot because of the amount of things going on at once in a single bite here. The quail was cooked nicely having a crispy skin but also moist meat underneath. The glaze was sweet but paired with the tangy slaw and the savory boudin it just all wrapped up so nicely. I would absolutely order this dish again.

For the dessert Chas and I went off menu (thanks to our excellent server verbally slipping and mentioning something not listed) and we got the Banana’s Foster for two. This was cooked tableside by our server and the portion was very suitable. The flavor in the buttery sauce was fantastic. I could have skipped the bananas and ice cream and just drank the sauce and would have been happy. I have had Bananas Foster in many well known and respected institutions in this country and this is right near the top of the list. Val also got the bread pudding soufflé which was different from other bread puddings in it’s own right, but stood at the top of the list with all the big hitter’s as well.

All good things must come to an end..

Wrapped it up with some Chicory Coffee and a smile and it was easy to see that Commander’s Palace in New Orleans, Louisiana – Didn’t Suck!