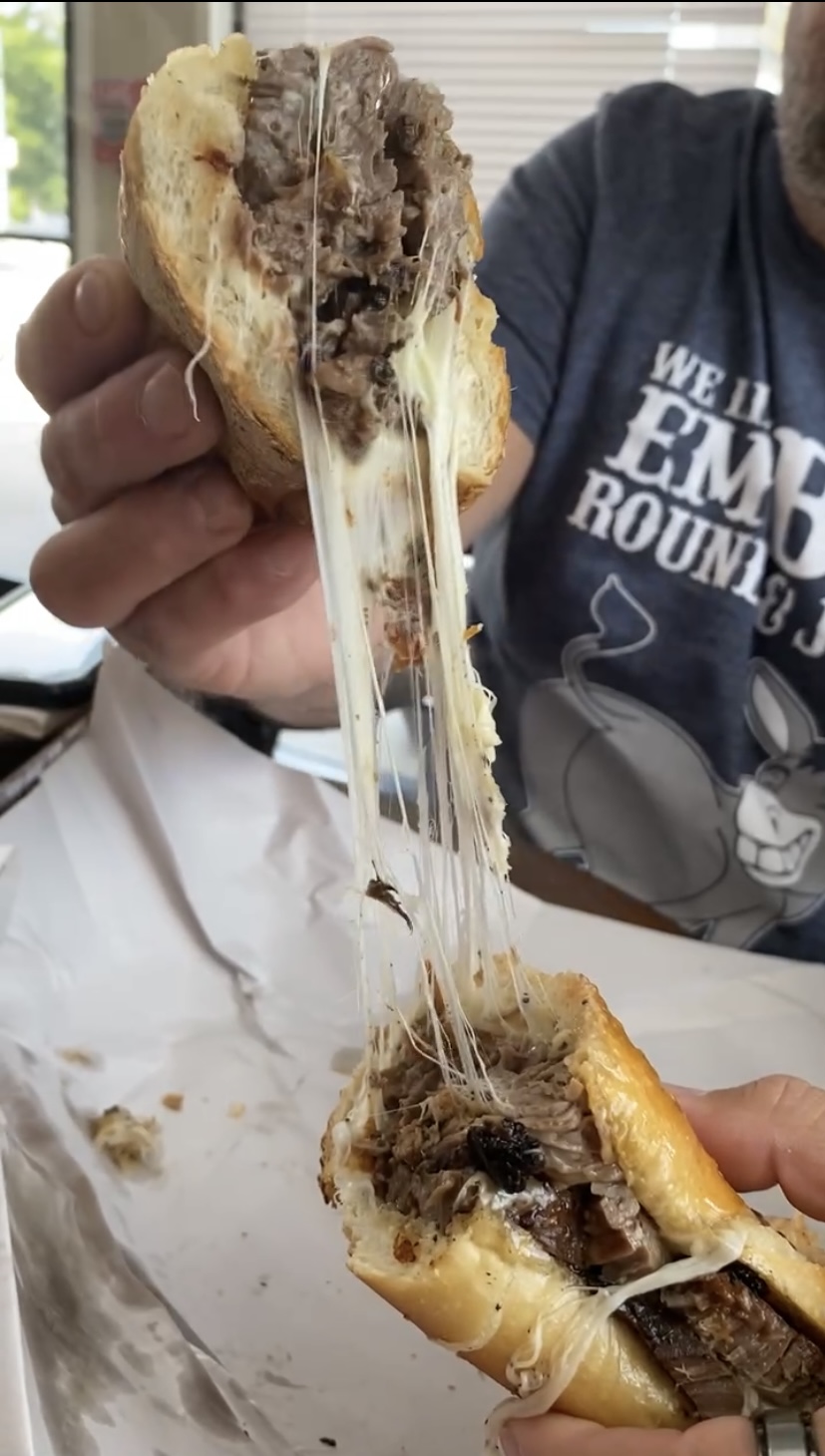 Curly’s Comfort Foods, also known as Curly’s Creations, is a place that has been highly suggested to me for a good six months or more now. I met up with a good friend Eric (Cultinary Road Trip is his handle on social media) and we got there just a couple weeks ago. Normally when I go to a spot that has a top tier cheesesteak, I just get a cheesesteak and rate it and then I’m on my way. Luckily for me, Eric has been here a few times already and had a few more items in mind that I had to try. Oh yes…this was very fortunate for me.

So many comfort foods

We started off trying the Shrimp Scampi Mac and Cheese. Curly’s Comfort Foods is known for it’s many variations of ooey gooey baked mac and cheese goodness, but this was the first time either Eric or obviously myself had tried the Shrimp Scampi version. The shrimp were cooked perfectly and the level of buttery and garlicky goodness in that Mac and cheese is simply indescribable. All of the flavors blended together famously and made for quite possibly the best mac and cheese this 20 year chef has even eaten. I would order this again anytime I go there, and twice on Sunday.

The famous “Six piece boneless” were next up on the docket. These are hand breaded and fried “boneless wings” that are offered to you in a six piece order. The major thing making these so famous is that you actually get more like fifteen per order. We got quite a few sauces to try these (and the bone-in wings) with but it seems that the most popular across the web is the garlic parmesan. The chicken was tender and well seasoned and the sauces were tasty. All ranged in viscosity and flavor and made a nice “flight” effect when trying them in succession.

From there we went on to try the cheesesteak. I had to. I’ve been hearing about this steak for months and I just had to know for myself if it was anywhere near as good as the hype train that had been built up for it claimed. We got cooper sharp cheese and fried onions, which is my standard order when the restaurant offers cooper. If you don’t know, cooper sharp is an American cheese with some bite basically. It’s like the difference between mild cheddar and sharp cheddar. Mild provolone and sharp provolone. It’s simply better and adds a different dimension to the steak. This cheesesteak, is absolutely the powerhouse people claimed it to be. It is a truly massive sandwich with tender meat and tons of cheese. The onions aren’t incredibly large (I prefer a small dice to a massive dice on onions for my steaks) and the roll was a bit soft (seeded) but held up well to the sandwich for sure. This is definitely a top 5 (or better) cheesesteak in the Philly area currently.

The special of the day here when we went was the Brisket Melt so we are going there next. This had provolone and an unseeded roll and was served with a thicker version of an au jus, more like a gravy. The sandwich itself was beautiful and the first bite without the gravy was a nice bite. You got the flavor of the brisket and provolone together and got to feel how tender the brisket was in your mouth. The bite with the gravy however, was infinitely better. It added so much more flavor, but was still not overly salty like a lot of gravies/dipping sauces make these types of sandwiches.

The Bone-in wings tasted like straight up southern fried chicken. Not like any wings you typically get up North, they were a really nice surprise. The bone in-wings were excellent with Curly’s homemade buffalo or with their habanero sauce which had a balance of sweet and heat. We also had the hush puppies which had a nice flavor I was not expecting. They had a nice crusty exterior with a soft interior and had a sweetness I was not used to when getting hush puppies. They were served with a sauce that reminded me of a classic southern remoulade.

Curly’s is talked about very often in my “foodie” circles, and with good reason. The cheesesteak stands up right there with any from the greater Philadelphia area, The Brisket melt was one of the best sandwiches I’ve had in a very long time, the Shrimp Mac and Cheese was a thing of beauty, both varieties of wings were totally worth the purchase, and the hush puppies were a nice addition as well. This one goes without even saying, but we’ll say it anyway … Curly’s Comfort Foods in Levittown, PA – Didn’t Suck!

**Check out my video for Curly’s HERE

No comments to show.