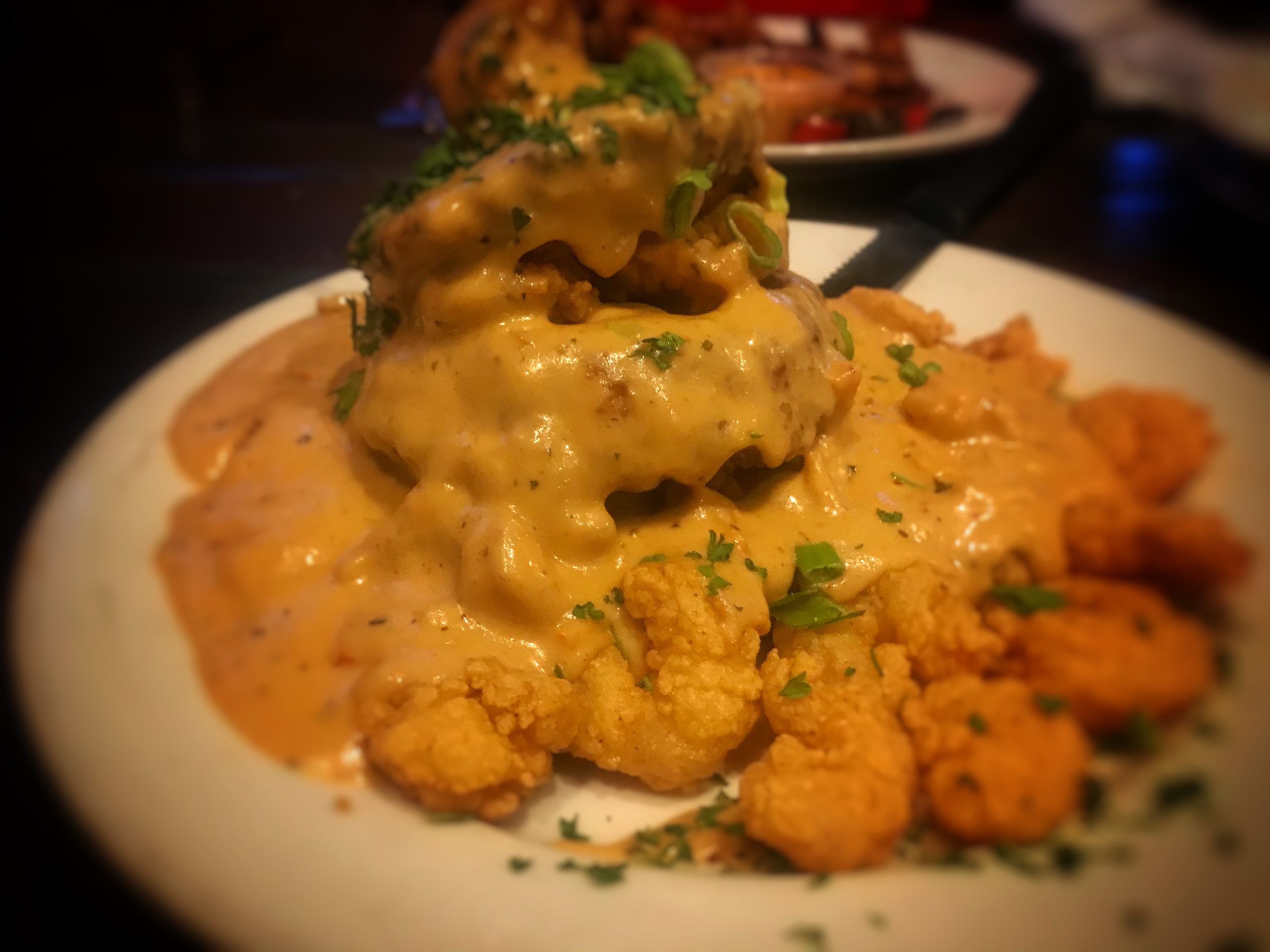 Is Joey K’s on Magazine Street a Hidden gem?

One of our favorite restaurants in the area (The Rum House ) was jam packed wall to wall on this trip to magazine street which caused us to try out a new location. Lucky for us, not even a block up was Joey K’s. We weren’t planning on “creole” fare for this night but sometimes you have to roll with the punches and that’s what we did. It worked out just wonderfully.

Sip and Dine at Joey K’s

We decided to order mostly appetizers and share them around the table between Chas, Val, and Myself. We got an order of the Fried Green Tomatoes with Grilled Shrimp and Remoulade, Crab and Corn Beignets, The Eggplant Napoleon with Fried Shrimp and Crawfish Cream, and finished off with the Bread Pudding.

The Fried Green Tomatoes were quite good. Often times when I order something like this I feel like the tomatoes are too tart. I know they should have that element to them, but a lot of times they’re even more tart than you’d expect. These had a nice flavor to them. The grilled shrimp was a good touch and the remoulade was a nice sauce to add to the bite. The portion size was just right. I’d definitely order this again.

The Crab and Corn Beignets were good, but maybe a little too odd for me, which is saying a lot, haha. They were sweet as you’d imagine, but also savory. I enjoyed them for what they were but out of everything if there was a dish voted off the island, this is the one for me personally. It’s not even due to being a poor dish, but the others just outshined it.

The Napoleon dish was excellent. The eggplant and shrimp both had great flavor and the crawfish cream sauce was one of the best I’ve had in Nola, and I’ve had many. There were good size chunks of meat and the buttery and creamy consistency was spot on. I would order this again without reservation, and I’d be happy to do it.

The bread pudding was also very high quality. I have had others in the area that I personally prefer, but that’s not to take away from this tasty dessert. The one specific one I’d prefer over this one is just honestly probably the best I’ve ever had, so kind of an unfair comparison. If we went back tomorrow, I’d eat it again. The sauce was sweet and decadent and the warm bread pudding had a nice depth of flavor and comfort feel to it. A true Nola classic done right.

Mix in some solid service, sangria, and a huge goblet of local beer and Joey K’s on Magazine Street in New Orleans, Louisiana is an easy verdict – Didn’t Suck!