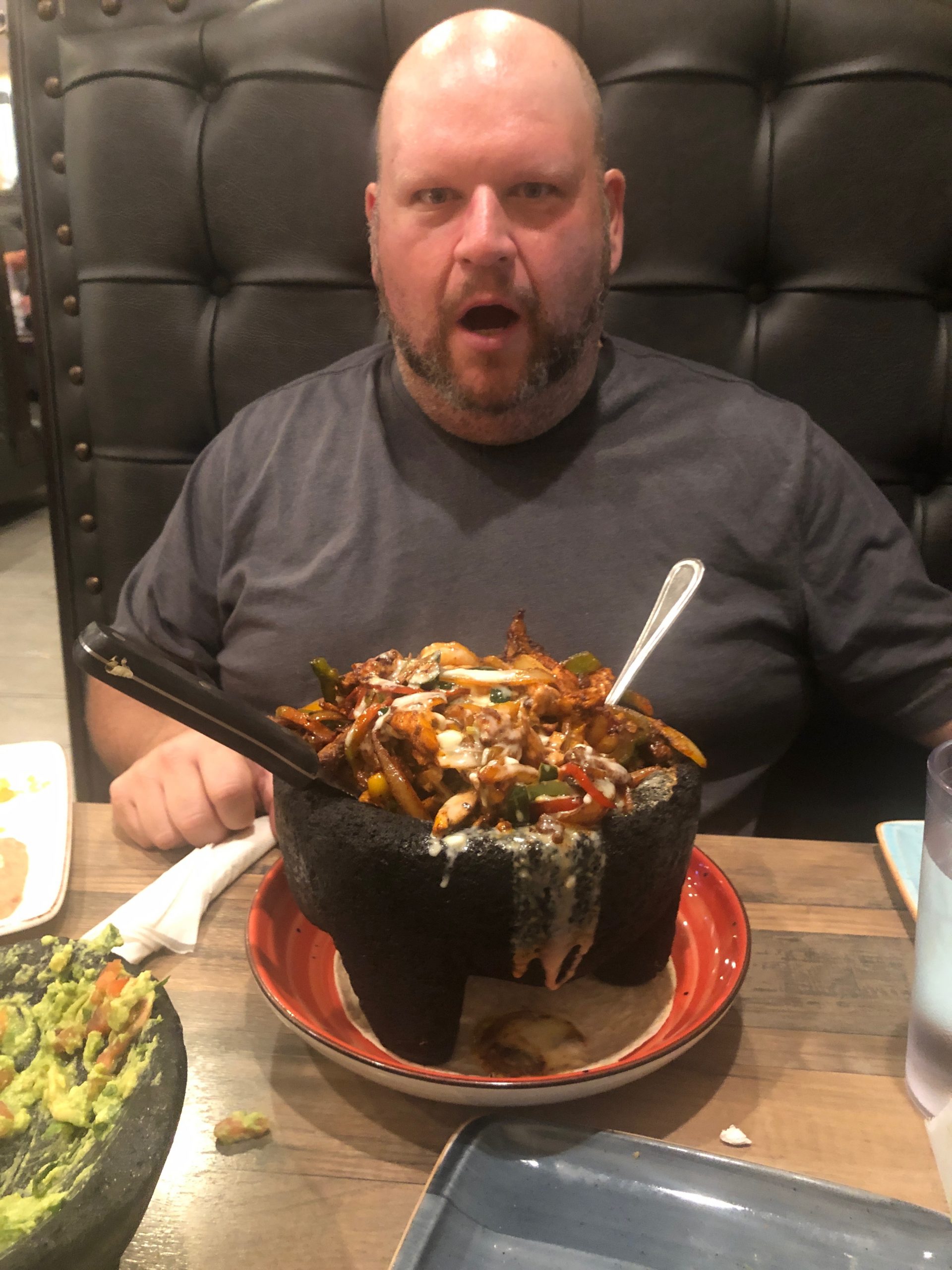 While a loved one was in St Luke’s Hospital nearby, we wanted to eat somewhere that wasn’t a large chain restaurant. We have eaten at the Pocono Pub a few times and mostly everything else right there is a chain location but we remembered that La Tolteca had opened recently. I’m so happy we did. This was pleasantly far better than I had anticipated.

So right off the bat, the margarita’s were excellent. Chas got a spicy version and Chuck opted for the standard “Blue Lagoon” style one that looks like you’re drinking the ocean. The spicy one had a nice flavor and one of them were very good, but more than one might be a bit much. The blue lagoon was super tasty and went down like water on a hot day after a hike. I’d go back even if it was just to grab a drink…or two.

Our server was very friendly and knowledgeable about the menu and helped us select some items. We ordered the tableside guacamole as a starter and it was fantastic. The woman who came to the table with the cart to make it was warm and friendly but I’m not sure she spoke any English at all, haha. That all added to the experience for us! Just the right amount of cilantro and citrus really made this a tasty appetizer, and getting to watch her make it was that much better.

Chuck had the “Molcajete Azteca” which was massive! It had ribeye, shrimp, chicken breast, pineapple, poblanos and onions and melted cheeses. It had a ton of flavor…we both say we would order this every time we go if possible. It also came in this crazy volcanic rock type bowl, so cool. This dish made a large man very full that night, and there was enough left for another meal the next day.

Chas had the “Pina Loca” which was very similar to the other dish but without shrimp and it was stuffed inside a hollowed out pineapple. The flavor profile was fairly similar to the Azteca dish but presented differently, while equally brilliant. Both meals were a very large amount of food and completely reasonable in cost in our opinion. The Molcajete Azteca was in the ballpark of $30 and the Pina Loca was closer to $20.

I’m not sure that you could say this is 100% authentic Mexican (check out our post from Mr. Sancho’s for some authentic Mexican), but it was excellent regardless. We have eaten a few times now in Mexico and the flavors are definitely a bit different than you get there, but that is not to take anything away from the taste and quality of these dishes.

Whatever this was though, we would eat it again for sure. La Tolteca in Stroudsburg, PA – Didn’t Suck!