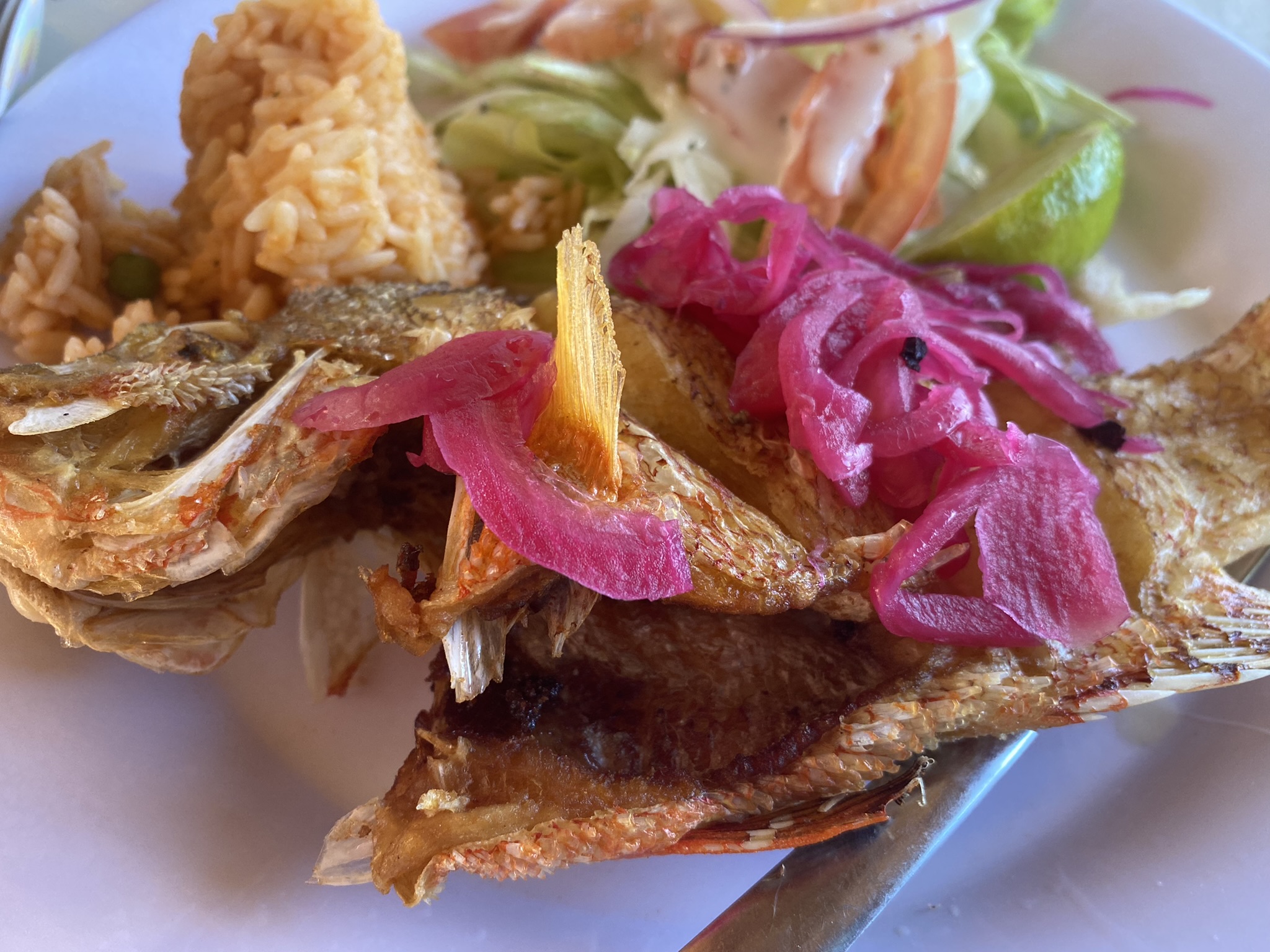 The long awaited stop at Mr. Sanchos all inclusive beach club!  The last time we were in Cozumel, Mexico about 3 years ago we went to another excellent all-inclusive beach club called Paradise Beach because Sancho’s was already fully booked. Paradise Beach was excellent and had great service, a beautiful beach, an amazing pool, and obviously all the tequila and cerveza you could want. Chas and a few of our friends have spent time at Sancho’s before though and said it’s something I had to experience. Okay…I’m game!

Our server (Angel) was on top of things pretty much all day long.  Some periods where we could have used some drinks sooner, but he was busy running around so totally understandable.  I do think they would benefit from bringing in another server or two for heavier days though. The Dirty Monkey was something I’ve been waiting to try for a long time and it did not disappoint.  The banana and chocolate flavors with the boozy bonus was a big win. On the whole though, the drinks were really just like the typical “tropical beverages” you would get at nearly any other beach club.  I guess there’s really only so much you can do with “sweet on top of sweet” beverages though so that can’t really be held against them. I ended up drinking bourbon by the end of it to cut all the sweetness, especially because I’m not a big beer drinker.

The whole fried fish was excellent, even better with a squeeze of lime.  I could have eaten another whole fish, it was that good.  The texture was perfect and the flavor was as good as any other fried fish I’ve had. The coconut shrimp was also a dish absolutely worth getting. These were large shrimp and you could tell they were hand breaded on premises and not purchased in already frozen.  The nachos from the kitchen were only okay, but I built some nachos at the buffet bar that were quite good.  Lots of options to top the nachos at the buffet bar as where the ones from the back came out plain. The sauce on the wings was one dimensional and far too sweet for my personal taste, and the wings were a bit soggy.  These wings were already sauced and sitting on a buffet line though so I guess that’s not a big surprise.

The beach was beautiful and amazing.  The water was clear enough that we saw some fish and the temperature of the ocean was perfect. We didn’t get to do anything like snorkeling but it would have been a good day for it.  They also had a lot of inflatable things in the ocean for kids (or adults) if you’re into that as well. The temperature of the pool was also very nice but there were honeybees everywhere.  There must have been at least a hundred of them by the pool.  They should also consider an adults only pool here.  The do have a kids only pool, but in the pool that adults can use there was a lot of kids screaming, kicking people, not being watched by their parents.  I have 7 kids, last thing I want on vacation is to have to deal with other people’s kids acting out. The swim up bar is a nice touch for the pool though and it was plenty large.

An All Inclusive Adios to Cozumel!

All in all, this was a nice place. I do think that the positives outweighed the negatives and I would definitely come back and hope the few issues were remedied. In the end of the day the grade wasn’t hard to come by…Mr. Sancho’s all-inclusive beach club in Cozumel, Mexico – Didn’t Suck!